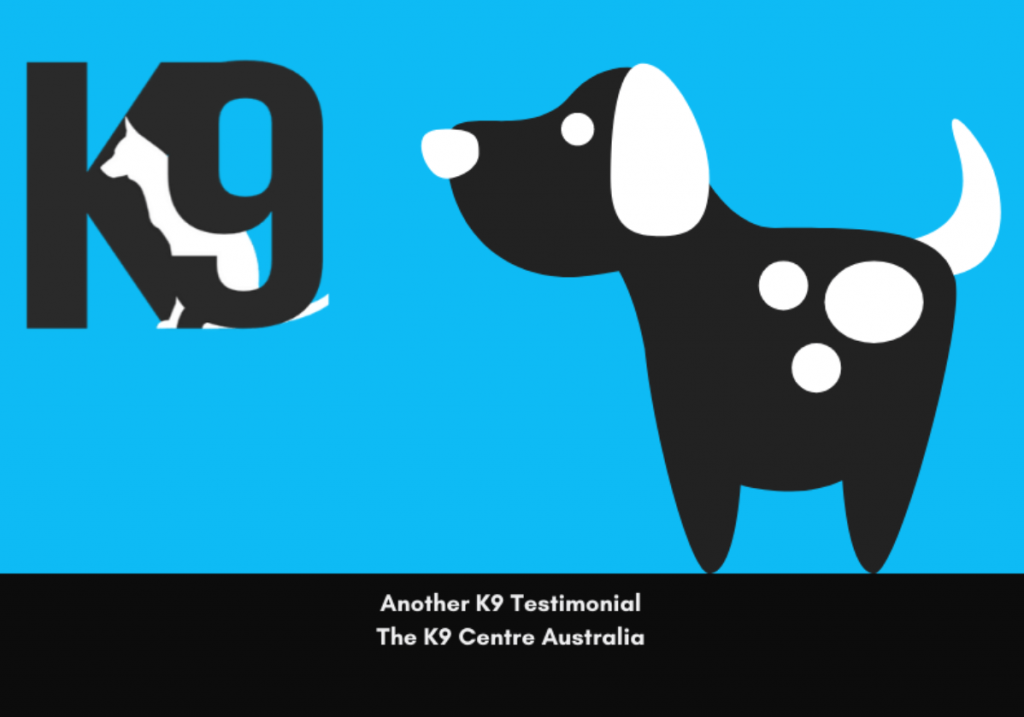 I bought my puppy in Jan 2012 from the RSPCA when she was 12 weeks old. She is a Bull Arab x Bull Mastiff, so she is a big puppy! We originally did the puppy training with RSPCA, Cinnamon (my dog) even though she was one of the biggest dogs, she was one of the most timid in the class. She was a slow learner and would get distracted very fast, even with treats. I decided to do further training with her as she is going to grow to be a big girl, at the age of one she is now 42kg. I also have little children and need to be able to have some control of Cinnamon around them, with now jumping. I found The K9 Centre online and it sounded to be exactly what we needed. We where very impressed with or trainers knowledge and manner with Cinnamon.

One of our biggest problems was to get her in the car, as she was scared to get in and would not budge. He showed me how to help her in the car through the training, and now she is quite happy to get in. She now waits at her door and jumps in on her own. As she is a large excitable puppy I also needed to have some control of her when we have visitors and take her out walking, she can pull and bounce around out of control. Within the first few training sessions Cinnamon was sitting when asked and walking with me in a calm way in the back yard, she was also sitting and staying when told. In the last few training sessions we moved to the front yard and local park where there are more distractions for Cinnamon. Cinnamon learnt very fast and with more practice she will be able to go on walks around the neighbourhood. Throughout the training our trainer was a fountain of information, as I had many questions not just about training but other issues in regards to health and teaching Cinnamon to be a calm dog. Our Trainer was always very professional and easy to talk with about any concerns we had along the way. I would not go anywhere else for training and would recommend The K9 Centre to anyone wanting to have a calm well trained dog. Cinnamon is a happy, calm obedient dog who is a pleasure to have in our family.. We still need some practice, but it will be a life long process which I am happy to be part of. Thank you To The K9 Centre, we are very grateful for all your help and support.

Thanks Angela and Cinnamon

Unsure which dog training package is right for you and your dog?