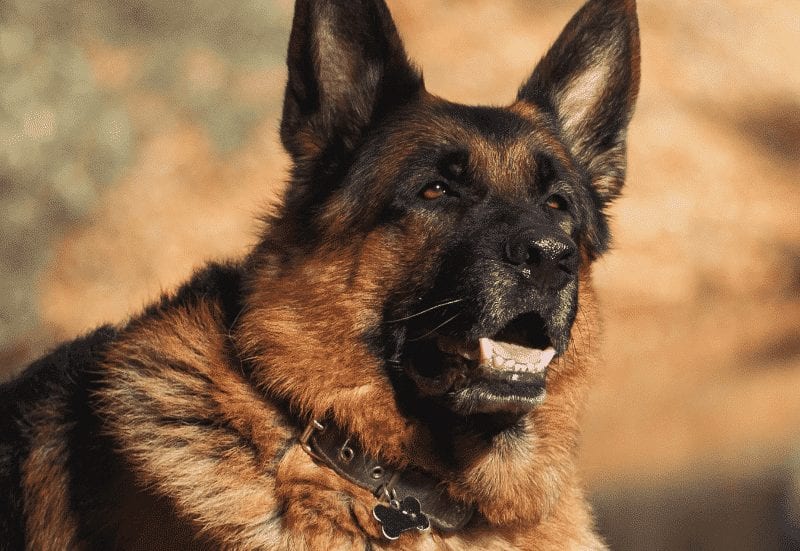 The K9 Centre’s trainer was a gentle, sincere, knowledgeable,  young man.  I am 67 and retired in December 2010.  I bought a dog from a S.A. trainer who told me Nando was 2cm too tall. I met her in Melbourne where she was attending a show and took Nando, he was a beautiful dog, quiet, wary and beautiful.  I put him in the car and he looked at me and I looked at him and he was so confused but trusting.

I hadn’t had a dog since 1978 and always promised myself that when I retired I would get one.  Why I chose a 40 kilo German Shepherd is a mystery, but I did, and it was obvious I needed help.

I enrolled in a training course, recommended to me, and I went along on dark evening in April to a showground.  There were 12 – 14 dogs in the Beginners and Nando was the best looking and the largest dog.  Everyone there had obviously been to puppy class and Nando and I were completely lost, or I should say I was lost!  It was the most demoralising experience;  I could not hear the trainer, could not readily get the hand signals for sit, stay, down, etc.

We came home, and I told my family we had flunked class!  The trainer just said to stay behind and his only comment to me was that the dog was too big for me!

That made me feel,  very special, not.  I was already feeling as though I had taken on too much!  This poor dog was looking to me for direction and I had none.

Luckily for me, I had been also referred to The K9 centre, Dog Training by the same person but I chose the wrong one…..it happens!

I came back to Brisbane on March 13th, after my first lesson with The K9 Centre. April 29th, I could see that training this dog was the key.  I was the one who needed training.  I had always had dogs when I was younger, but I could see that this amazing dog needed direction and I also acknowledged that I did not have a clue as to how to do that.

Firstly, they reinstated my confidence and anxiety by telling me that I was not too old, and I was not too small to handle Nando.  Our first lesson went really well, Nando growling at him being timid and as he said, lots of fear aggression!  OK! We had some problems to overcome.  It appeared that Nando was terrified of males, and a male trying to teach him how to behave was something Nando was very wary of.

I enrolled in the HomeSmart Program and now after completing the course have the tools needed to control Nando.  No treats, no loud voices, no rebukes, no abuse needed.  It worked, and I was so inspired to get up in the morning and do the training because the reward it brings is worth more than the cost of the program.

The trainers tells you like it is and I really appreciate that, he is not condescending, patronising, just says it is like it is and if it is the owner, (which I suspect it usually is), he handles that really well.  May I say at this point, I am not an academic or do I like being told what to do!  My family to attest to this but I have to say when it comes to a huge animal that is under your control, it is vitally important to take it seriously.  I take on board everything he tells me, and I have to believe what he says is true, he is the expert and I have proven with Nando that everything my trainer advises;  plays out with Nando.

I cannot emphasise enough how life is made easier with training for a dog.  One of the things I remember is that, if the dog knows what I want, he FEELS SAFE!  Crossed messages, such as kisses, praise when it is not deserved,  is very hard to remember but it is important for the dog to know what you are on about!  Really important.